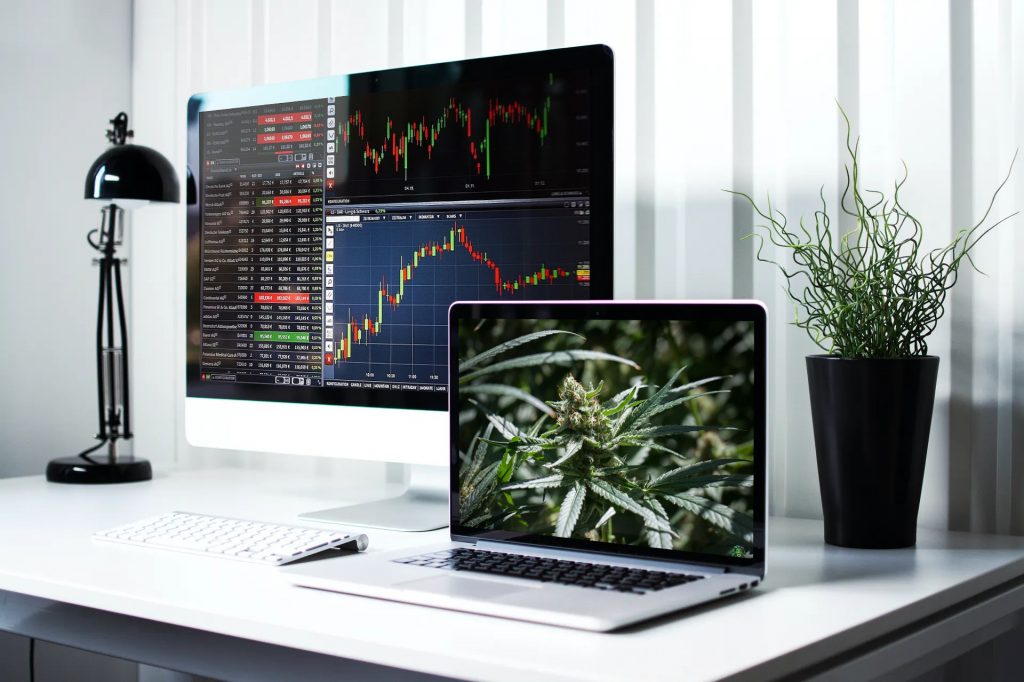 A trio of Canadian cannabis companies have reported quarterly earnings in the past two weeks and all produced net income, but in each case, it was due to non-cash gains that indicate they are not yet profitable on a sustainable basis.

Two of the three also missed revenue consensus estimates as the Canadian market continues to feel the impact of the pandemic on physical stores and as competition and a capacity glut create pricing pressures.

Coming almost three years into full adult-use legalization in Canada, the numbers are a reminder to investors that the sector still has a long way to go before it starts making money.

“There needs to be a sense of caution when looking at Canadian cannabis companies relative to their U.S. counterparts who are very profitable and continue to grow,” said Korey Bauer, chief investment officer and portfolio manager of the Cannabis Growth Fund from Foothill Capital Management. “Valuations look much better in the U.S. at these current levels.”

Tilray Inc. TLRY, -0.35% TLRY, +0.11% got the ball rolling with its fiscal fourth-quarter earnings last week that showed a net profit of $33.5 million, or 18 cents a share, after a loss of $84.3 million, or 39 cents a share, in the year-earlier period. The profit was driven by $121.5 million in net non-operating income that was booked due to an unrealized gain on the company’s convertible debt. That was driven by changes in the share price and in the trading price of the bonds.

Revenue rose to $142.2 million from $113.5 million a year ago to lag the FactSet consensus of $199 million, although at least one analyst, Cantor Fitzgerald’s Pablo Zuanic, said ahead of the release that the consensus numbers appeared to offer an “apples to oranges” comparison. The numbers were based on 13 weeks of pre-merger Aphria numbers and four weeks of post-merger Tilray. The two companies closed their merger in May, creating the world’s biggest cannabis company measured by revenue.

Like Tilray, Canopy’s revenue fell short of estimates, coming in at C$136 million, up 23% from the year-earlier period, but below the FactSet consensus of C$151 million.

Canopy Chief Executive David Klein said the company is still aiming for positive adjusted EBITDA — earnings before interest, taxes, depreciation and amortization — by the end of fiscal 2022, but that metric has little to do with actual profit and is an adjustment of an already adjusted number.

Cantor Fitzgerald analyst Pablo Zuanic noted that Canopy’s net cash holdings have shrunk to “only” C$961 million. “Other than a strong balance sheet and the backing of Constellation Brands, Canopy Growth still have to prove that it has the skills and capabilities to excel in the U.S. and overseas — given mixed results in Canada so far, this is not obvious to us yet,” he wrote in a note to clients. Cantor rates Canopy stock as neutral.

Cronos posted revenue of $15.6 million that was ahead of the $14.9 million FactSet consensus.

“Investors need to do due diligence and always use caution in emerging sectors,” said Bauer form Foothill. “The long-term looks extremely bright for the cannabis sector and we think this will become a $50+ billion-dollar global market over the next 5 years and potentially $100+ billion by the end of the decade.”

Previous
Next
There is no widget. You should add your widgets into Default sidebar area on Appearance => Widgets of your dashboard.